A downloadable game for Windows and macOS

A game built specifically for VR (but also playable without it), you experience the life of a Seagull that poops constantly and craves bread.

Fly around a charming seaside town, raining fecal chaos on the innocent citizens below. Poop on as many people, cars and buildings as possible. Fill your insatiable lust for bread, and seek out the most valuable golden targets. Be careful, you're very fragile!


Sploot's VR support has been tested with an Oculus CV1 and HTC Vive on Windows 10. At the moment, I only have a Vive on hand to test with. While you, the valued consumer, are not QA, if there's some Oculus issue that crops up, let me

If you're having performance issues, consider changing the shadow modes in the Settings menu. Blob shadows will be faster, but real-time shadows look best.

Sploot's OSX VR support is uncertain. v1.01 should work with a DK2 on OSX. v1.02 probably won't at all with Oculus headsets. v1.02 is untested with a Vive on OSX. Assume that VR support is only guaranteed for Windows.

It's been a long time coming, but the Vive support is finally here! Oculus is still supported, too, so you should have no problem with either headset.

Many performance updates are also included in this build. Performance increased enough that I've removed baked-lighting from the graphics option. At this point, real-time shadows perform well enough on most systems that I don't think baked lighting is worth the extra load times.

Next on the table for Sploot is additional performance improvements.

"Luxuriate in the simple joys of a poop joke using the latest in VR technology" - Killscreen.

"With its simple, crude and silly gameplay, Sploot is a hoot" - Free Game Planet.

"Is this your latest trend, 2015. Birds pooping on people? In video games?" - Kotaku

"It's surprisingly satisfying to poop on everyone and everything, as I quickly learned ... It's not a complex game, or a complex joke, but it's a fun one—especially for the price of pay-what-you-will." - Offworld

Click here for high res screenshots, logo, gifs, etc for all your press needs. If anything is missing or you want things in a different format, don't hesitate to contact me.

Hi there! First off, this game is hilarious. I was flapping my arms in VR so hard the first few times, until I realised how to control it. Definitely amused me and gave me more than a few chuckles. Well done! Fun game :)

I work at Mozilla on the Mixed Reality & VR team (https://mixedreality.mozilla.org/), working on WebVR (https://webvr.rocks/) and A-Frame (https://aframe.io/). We're working on the WebGL players for Unity/Unreal Engine to properly support the WebVR API (https://github.com/caseyyee/unity-webvr-export).

We'd be ecstatic and grateful if you're willing to share your game's source code with us — and my colleague and I will do all the hacking and experimenting.

We really want to be able to have good starting examples (and proof!) that with just a few button clicks, you can be loading your Unity/Unreal VR games directly from within your Web browser.

With your permission, we could also use your project as a case-study sample and share it as well on a few of our web sites.

Let me know if any of this sounds of interest to you. My email's cvan<at>mozilla<dot>com, or you can reach me on Twitter, @cvanw. Thank you very much!

I know its a bit late but Slow poke Check out my video first time playing it :P

I got version 1.02 win to work with the Vive using LibreVR and the Revive Injector:

Just follow the instructions with the Revive Injector, and put the DLL files and the EXE into the same directory as Sploot.exe, and then drag Sploot.exe onto the ReviveInjector exe (either x86 or x64), and it will work. You will probably have to hit escape and recalibrate the view before playing.

I love this game! You should make a Steam VR version that has high score tracking and multiplayer!

Thank you very much for the Vive instructions and the feedback! Steam VR integration is an excellent idea. I'll do that for v1.03. My Vive just shipped, so I'll test it and make any adjustments as needed.

I know it's been quite a while since you posted this, but I just released a new version that has Vive support.

Sweet! I'll make sure I try it out! Thanks!

Holy crap this was fun to play! And yes, I'm aware I made an unintentional pun about the subject of the game o-o I'M STICKING WITH IT!

I made a Let's Play of it as well :) I hope it brings some attention your way, Edge!

Just released a Let's Play of this game over at my YouTube channel! :)

Yeah, Brilliant. Exactly what I hoped and more. 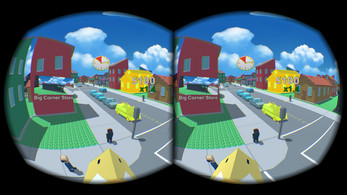 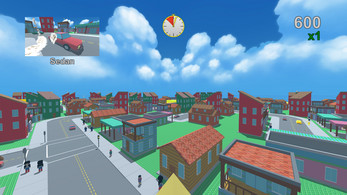 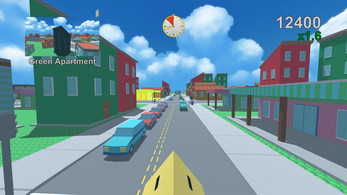 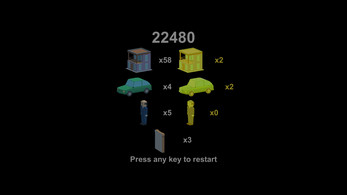